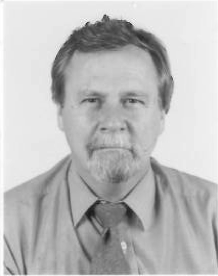 Finn Reske-Nielsen has more than 20 years of experience working for the UN in conflict-affected states. He has served as Head of Mission of the United Nations Integrated Mission in Timor-Leste (UNMIT). In this capacity he oversaw the withdrawal of peacekeeping from Timor-Leste and the orderly hand-over of remaining tasks to other players, including the Government, UN agencies and other multilateral and bilateral partners. Prior to this he served as Deputy Special Representative of the Secretary-General (DSRSG) for Governance Support, Development and Humanitarian Coordination in UNMIT where he was responsible for providing support and guidance to the 2007 presidential and parliamentary elections, and had responsibility for governance support, donor coordination, resource mobilization, humanitarian assistance, gender and HIV/AIDS.  In addition, he had primary responsibility for the integration of UN activities between the Mission and the UN country team.

Previous appointments in the UN include that of Deputy Resident Representative in the UNDP country office in Port Moresby, Papua New Guinea, where, amongst others, he oversaw the design and implementation of UN recovery programmes on the Island of Bougainville following the end of the civil war there in 1998, and that of Assistant Resident Representative (Programme) in the new UNDP country office in Windhoek, Namibia, initially as part of the United Nations Transitional Assistance Group (UNTAG), a major UN peacekeeping operation that oversaw Namibia’s transition to independence from 1989-90. Mr. Reske-Nielsen has also held posts in the UN Department of Political Affairs in New York and the Office of the United Nations High Commissioner for Refugees (UNHCR) in Zambia and Switzerland.