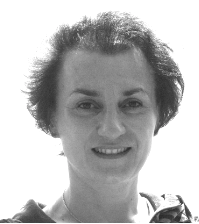 Natalia Mirimanova is a conflict resolution scholar-practitioner and has over twenty years of work experience in Russia, South Caucasus, Central Asia, Moldova, Ukraine, Western Balkans, Eastern Europe and Cyprus. Natalia received her Ph.D. from the Institute for Conflict Analysis and Resolution, George Mason University, USA. Natalia served as a consultant for various international, national and local organizations. She advised UN mission in Cyprus and Tajikistan, OSCE Project Coordinator Office in Ukraine as well as the OSCE Parliamentary Assembly, UNDP in Ukraine and others.

Natalia designed and facilitated dialogue processes in the post-civil war Tajikistan, between the opposition and the government in Kyrgyzstan, ethno-political groups in Crimea, political parties, local government and civil society in Russia, developed innovative dialogue formats between conflict parties, such as research dialogue of economists in the South Caucasus and Turkey and dialogue through joint media production between Armenian and Azerbaijani journalists, among many other conflict resolution processes and initiatives.

Natalia carried out numerous research projects, such as on the prospects for trade regulation across contested boundaries and ‘peace dividend’ of re-opening railways in the South Caucasus, assessed political economy of the private sector from the war zone in Eastern Ukraine, pursued policy research on the role of the European Union in building peace in the Eastern and Southern Neighborhood.

She is the founder and director of the Eurasia Peace Initiative.