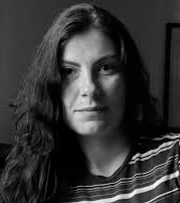 Rana Allam is an advisor and editor with the International Civil Action Network (ICAN) and the Women Alliance for Security Leadership (WASL) organization. She has extensive knowledge of the political scene in the Middle East region with focus on Egypt.

Throughout her work, Rana has gained in-depth knowledge about the political situation in Egypt and the Middle East. She is the former chief editor of Daily News Egypt (DNE) newspaper in Cairo, managing both the daily print paper as well as the website. She began her journalism career in 1995 and is currently a commentator on Egypt’s political affairs and human rights’ issues.